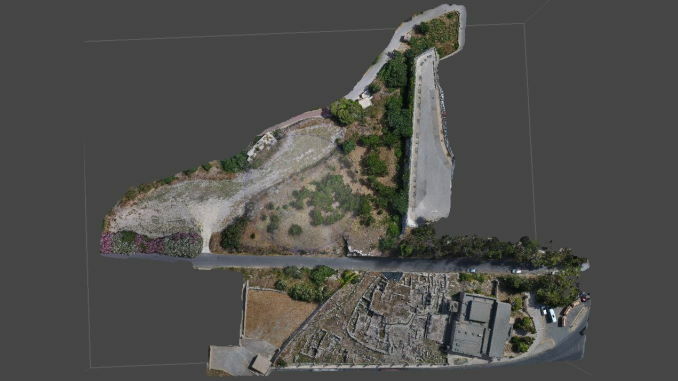 The study of Maltese Roman archaeology has always been high in the agenda of local and foreign researchers but it remained in the shadow of the more popular prehistoric research.
The remains around the Roman Domus in Mdina are a case in point. Although the importance of the site was immediately recognized upon its discovery, the level of attention and documentation offered to this site is not of the same standard offered to other sites. Zammit’s excavations at the Domus were poorly documented, with only the best artefacts kept for posterity and no record of stratigraphy. This has led to an incomplete interpretation and the impossibility for current archaeologists to challenge or confirm interpretations done almost a hundred years ago. It has become an archaeological cold case.

The Melite Civitas Romana Project has brought together a team of archaeologists and Roman specialists in the interest of gaining a better understanding of the Domus and its place in the broader archaeological environment. The project is a joint collaboration between Heritage Malta, The University of South Florida and an independent research organisation Intercontinental Archaeology.

2019 saw the start of the initial pre-excavation survey season. Dubbed Year Zero, this season saw work carried out in preparation of excavations seasons to come, and focused mainly on geophysical studies and 3D scanning. This presentation introduces the project and discusses the results of the 2019 Year Zero Season. The discussion will also indicate the direction of the project in its first field season in 2020.