St. George and al-Khidr: A Mediterranean Saint for Christians and Muslims – NEW 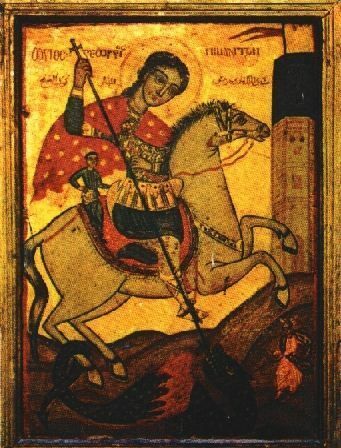 Lecture by Dr. Erica Ferg, assistant professor of Liberal Arts at Regis University in Denver, Colorado, where she teaches courses on Islam, Christianity, Judaism, world religions, and religious studies theories and methods.
In a region of the Eastern Mediterranean known as the Levant, agricultural communities of Jews, Christians, and Muslims, for at least the last 800 years, have largely shared and jointly venerated three important holy figures: Jewish Elijah, Christian St. George, and Muslim al-Khidr. In the Eastern Mediterranean today, this veneration mainly takes place around the figures of St. George and al-Khidr, who are shared – and often conflated – between local communities of Christians and Muslims. This talk investigates the figures and the phenomenon, and offers a useful example of shared religious practices in the Eastern Mediterranean.
abstract